Here is a quick table on what you need to do to get git installed and configured on your machine:

Here is a recap of the commands required to create your first repo:

Now add entries to the .gitignore file. In the below example, we're going to ignore all sqlite databases in our project. Add the following to the git_basics/.gitignore file:

If you run the git status command, you will see the following:

This shows us that we currently have three files with changes that are not currently staged. If you took a look at your repository with a git GUI application you should see something like this (we're using gitx below): 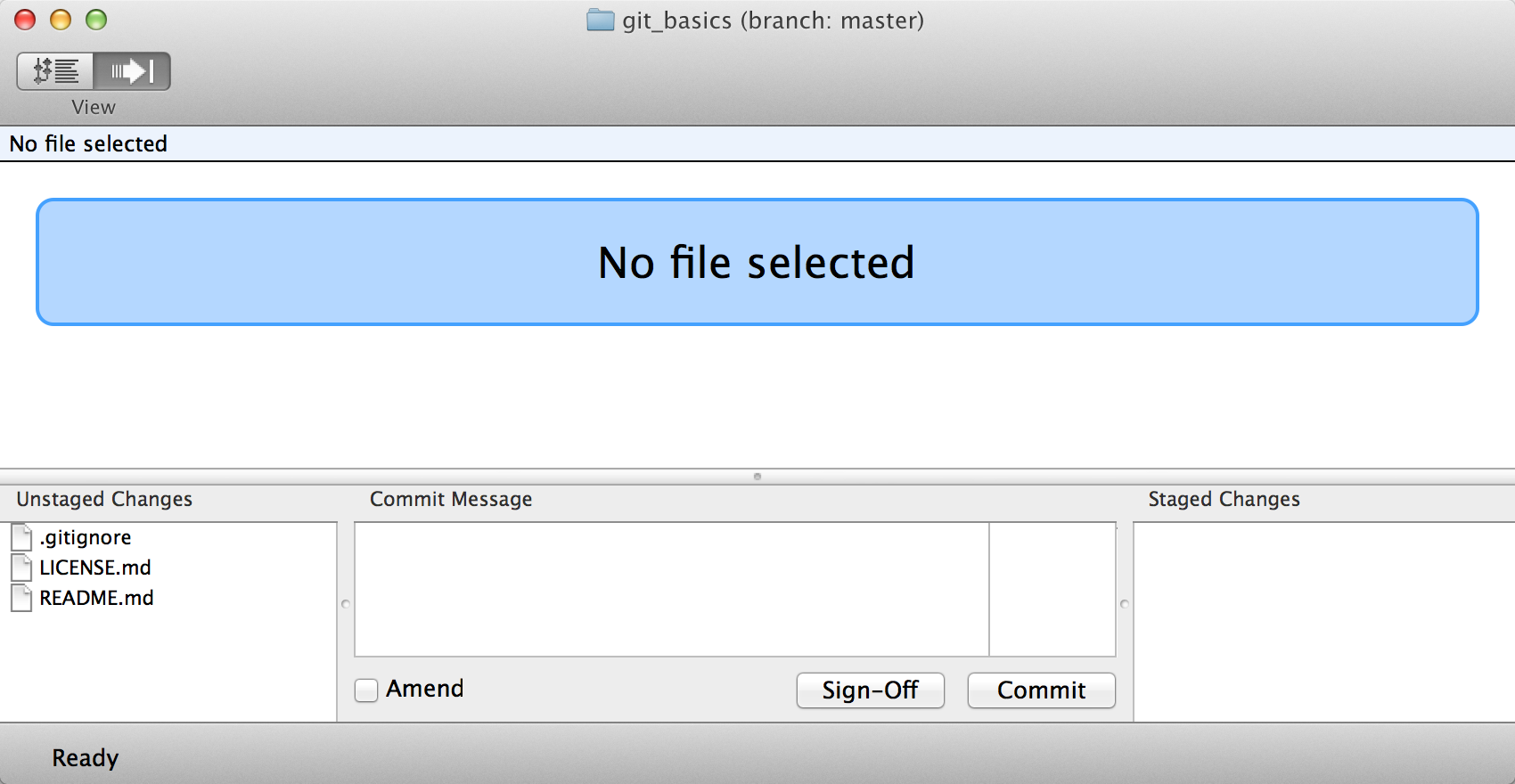 Use git add <file> to now stage the affected files.

Now we can do git status again after staging those files:

You can see the changes are now in a "Changes to be committed" state. If we look in the GUI application again, you will see the files are now marked as staged: 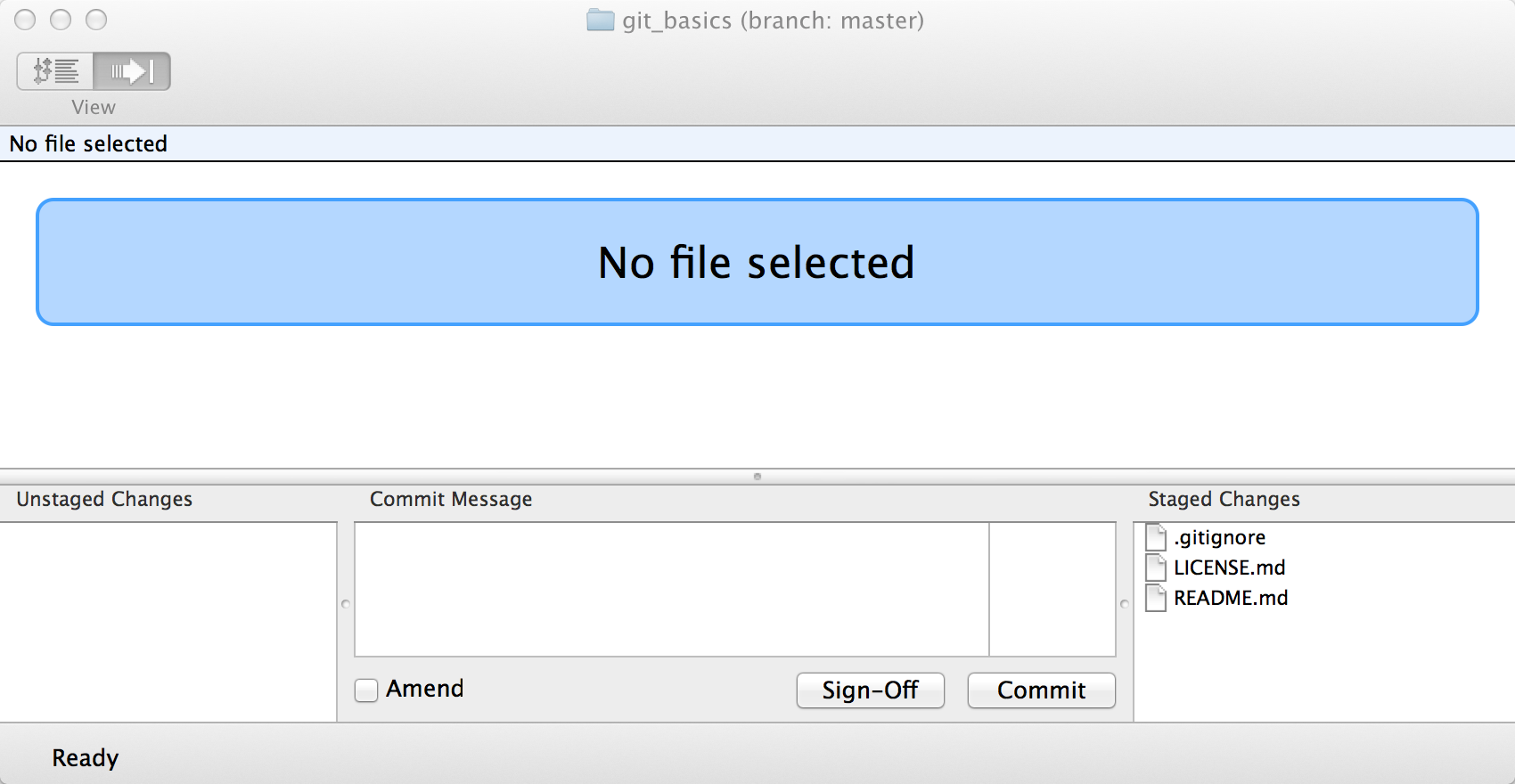 6. Commit the changes to our repository

Now, if we do a git status, our status now shows that there are no more changes that need to be committed:

To verify that the commit was indeed created, use git log to see a historical version of commits, and you should see the last commit created:

Here is a reference to all of the commands that we have learned so far, along with their purpose. Notice that they all interact with the local system or repository. These commands are never used to interact with remote repositories.