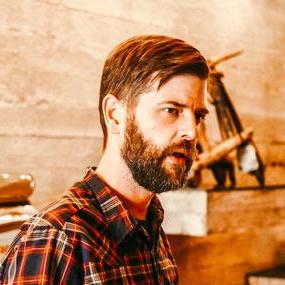 The Impact of Curriculum Design

I had been working for ten years in a different industry and was ready for a career change. I was at the point where I needed something beyond self-study to prepare me for a career as a developer. Luckily, I found Launch School.

I had been self-studying to be a software engineer for a couple of years, but I was finding a lack of resources and structured curricula past the beginner stage. I had been working for ten years in a different industry and was ready for a career change. I was at the point where I needed something beyond self-study to prepare me for a career as a developer. Luckily, I found Launch School.

I happened to hear Chris, one of the founders and instructors, on a podcast, and what stood out to me was his insistence that no corners be cut, that the goal of the program was mastery, not cramming or a simple familiarity with a programming language. This was much different than other programs out there that promised to make you an “expert” in three months. Launch School had the added benefit that it was self-paced and remote. I could continue to work my day job to support my family while committing my free time to learning new skills to great depth.

The curriculum is designed to teach core principles of software engineering that can be applied to a variety of languages. I was surprised and pleased at the depth to which each topic was explored. The tests were very difficult, and I after passing them I felt not only a great sense of accomplishment but also that I had truly mastered the topic.

It was a lot of hard work, but I made it into the Capstone program, which was one of the hardest things I’ve ever done. The breadth of topics explored and the guidance offered was invaluable, not only in my job search but also in my current role as a software engineer. It was a bit like jumping in the deep end, where suddenly, instead of working at my own pace, I was meeting daily with my cohort, feeling like I needed to work as hard as possible to prove myself. The time spent researching, planning, coding, writing the case study, and creating the presentation for my Capstone project was one of the hardest, yet most enjoyable and fulfilling thing I’ve ever done. I made lasting friendships with members of my team, and I feel like I am part of a small community of rock stars.

The mentorship during the job hunt was one of the most helpful things about the program. With the skills and confidence gained from months of intense training, I was ready in terms of ability, but I would have had no idea how to go about landing my first role as a professional developer. From strategies learned through years of experience and trial and error to individual coaching, the instructors offered amazing advice, which led to me landing an awesome role at a company with a great dev culture.

But the biggest payoff of Launch School and Capstone has been the good habits and patterns I can apply to my current role. In addition to giving me a deep foundation in a variety of languages, I have a better understanding of how to approach learning new things and problem solving (which allowed me to pick up new technologies such as Typescript and Hapi quickly). A huge majority of working as a software engineer is understanding the problem you are facing and having strategies for solving that problem. The structure provided by Launch School and Capstone has been invaluable in this regard.

In sum, I can’t recommend Launch School and Capstone more highly. They will make you a solid engineer and put you on a path to a great career for the long term.