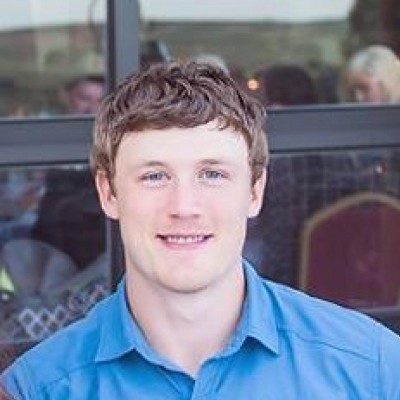 Accepted a Great Position at Counsyl

I completed Launch School courses in December 2016, the Capstone Program in April and in May, after negotiating several offers I ended up turning down 115k from another company to work at Counsyl.

Six months in and I'm leading the charge on core code standards and conventions for my team, automating our release cycles, automating testing with Selenium for the release of a new internal product for the lab, performing production deployment of a lab product that manages 1,000 patient samples a day (pushing for green/blue deploys), designing/proposing architecture for microservices extracted from our monolith, and incepting a GraphQL refactor to provide 3-10x performance gains on average page load time (and hopefully, eventually enabling a unified lab frontend).

I'm getting a ~5k bonus and a raise in March.

I wouldn't be where I am if I hadn't trusted the learning process at Launch School. I'm happy to have found and aligned myself with them early on -- investing deeply in learning from first principles and trusting Launch School to provide the learning path so I could focus on grinding through the material.

I've observed time and again how surface-level knowledge in technical fields like electrical engineering and software, especially software, feels productive in the moment but is useless in the long term because the surface is full of frothy churn (think JS frameworks).

Core principles are unchanging and high leverage. Launch School recognizes this and this is what differentiates them from other parties -- their long-term perspective.

I was able to join a company in a new domain with a new tech stack because Launch School doesn't focus on the hot topic of the day but the more important underlying ideas and concepts. Mapping Django to Rails was trivial -- they are both MVC frameworks (even though Django pretends a controller is a view). Picking up Python was no big deal, it was OO like Ruby but with some functional organization to it and some new idioms. Using AWS as infrastructure was simple because I had managed my own servers as part of my Capstone project.

I personally think Launch School is the best option for entry into web development because you must understand to progress through their assessments. As I continue to expand my skillset (currently backfilling OS design, compiler design, and networking) I find myself mourning that these topics aren't taught by Launch School. They just do a great job.

FWIW, for months I've been interviewing candidates on a semi-weekly basis and I'd hire a Launch School grad rather than any boot camp grad I can think of (because they lack depth) and even most B.S/M.S. grads in computer science (because they haven't built anything practical).