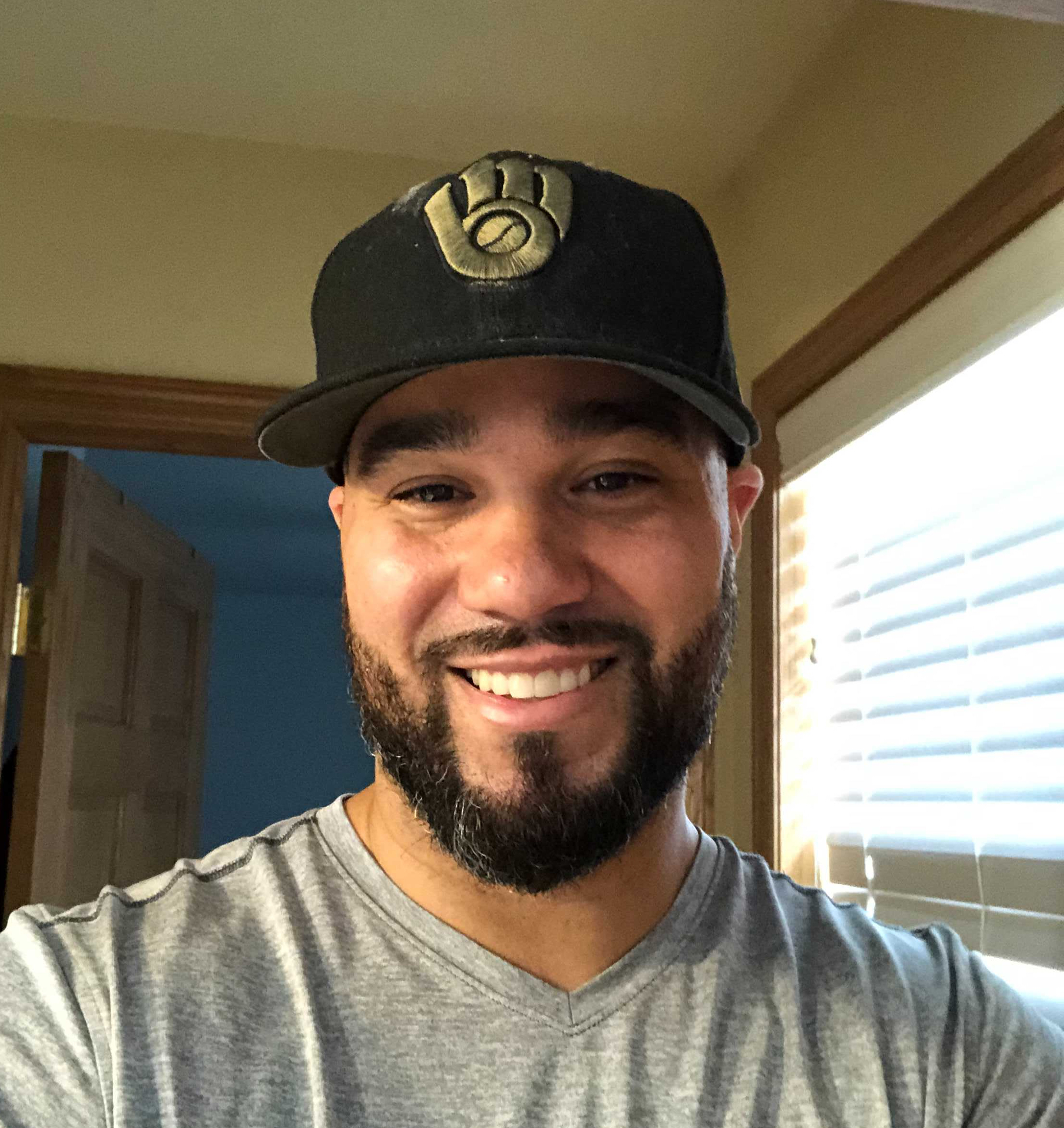 I landed a 6 figure job, which was much more than I expected. Prior to accepting the offer, I was telling recruiters/employers I was looking for $75-80k/yr. After a couple of weeks of interviewing, I was turning down offers at that dollar amount. During my interviews, I was complimented several times on my Problem Solving abilities using the techniques provided by Launch School. The coding challenges were actually much easier than the problem sets Launch School provides.

I will start off by saying my Launch School experience has by far exceeded any expectations I had when signing up. I have grown as a person and professional in ways I couldn't even have imagined. It's not just a school for software engineering, but rather a school for equipping its students with a completely overhauled and highly optimized mindset, as well as a 500 pc LS toolset, with a lifetime warranty, for use in constructing your new future. Furthermore, don't be intimidated by the words 'software engineer', that term encompasses many topics. You can always explore any of these topics further and/or focus on one or more as a career. In addition, you will be a more complete and valued developer/engineer as a result of having a mastery of the other fundamentals. Once you truly "learn how to learn" you will notice yourself applying these life-altering principles across all areas of your life.

Prior to Launch School, I had been working in front-end web development for close to 8 years. In order to paint a fuller picture, I first have to share a bit of my background. I graduated High School in 1999, technology for the most part wasn't even a blip on my radar. If you were lucky enough to have a cell phone it most definitely wasn't smart, it was $16.53 per minute, $3.49 for sending a text message, and you had the 15-minute monthly plan with no rollover. I'm exaggerating a little, but not much. Anyways, I had taken one business/computer course in 10th grade, and I think we may have used Geocities for an hour or two to create drag and drop web pages with fire gifs and blinking text. Even for those times, it looked horrendous and served no purpose whatsoever. That was the extent of my intro to CompSci, and I was probably fortunate to get that versus other people of my age and complexion. Long story short, I attended Bowling Green State University following high school with the intent to play football and study sports marketing, but 1 week into school my girlfriend at the time let me know she was pregnant. 2 semesters later I was back home. However, while at BGSU a buddy of mine gave me a proper introduction to computers and emulators. My grades may have been better if not for that NES emulator!

After coming back home, I worked menial jobs for a few years before taking a job with a guy who contracted for FedEx Home Delivery back when it first launched. A little less than a year later I owned the route. It was decent money for a person my age, but the burnout and turnover rates were real. It was a stressful job, one poor guy even had a heart attack one morning while arguing with a manager. But, like I said the money was good and at the time it was allowing me to finance a side hustle co-producing a DVD Magazine. Unless you're 30 and up you may have never heard of a DVD Magazine, but they were pretty popular back in the early 2000's. Ultimately, we could see that everything was moving to the web and we wanted to be first. We were trying to build something along the lines of a World Star Hip-Hop before it was the “WOOORRLLDDD STAAARRR” we know now. Unfortunately, none of us knew how to code, nor did we know anybody who could code. Back then, companies were charging up around $100k for what would now be a $10-15k WordPress site. This price point is what ultimately led me to the path I am on today. A long and strenuous journey up several towering mountains, and down into many low valleys, but finally, I HAVE ARRIVED!

Launch School is what got me to where I am now, but as I mentioned, I have been in web development for the last 8 years. After striking out in our many attempts to secure development, I ultimately decided to go back to school and learn how to build a website in the summer of 2011. I attended a private institution and graduated with an A.A.S. focused on digital design. While attending school, I realized then, that I wasn't going to get the necessary skill set needed to actually build anything other than a static website, or hack something together using WordPress. Unfortunately, by this point, I was 3 semesters in and $25k down, in what was a 4-semester program. So, I saw it through and finished up, grappling with the knowledge that I had just dropped $30k in what I could have learned at the local community college for $5k, and still didn't know how to program. I share these numbers in part to let you know, "don't live with regret, forgo the debt." So more debt was out of the question in terms of procuring the programming knowledge I would need. This sent me down the spiraling path of tutorial hell.

Yes, tutorial hell is just as scary as it sounds. It is an endless cycle of tutorials, death by a thousand cuts style, in which you take millimeter-sized steps in completing a 30k marathon. Eventually, I did bite the bullet a few years into the struggle and enrolled in a PHP certification course at the local community college. I felt more confused after the class than I was going into it. But that's not all, I also purchased around 30 Udemy courses, a $400 course on Coursera, completed several tracks in Treehouse, Freecodecamp, Codeacademy, KahnAcademy, audited several Edx courses, and had various subscriptions to other platforms throughout the years. With all that, I probably learned 30% of what I've learned in just a little over a year at Launch School. To be honest in writing this, I have no clue why, or how, I stuck with it. But damn, am I thankful I did.

Finally, I'm going to let you in on why Launch School is so amazing. First, the cost, LS is $200/mo or $2400/yr. At one point during the height of COVID, they were also providing financial assistance to students in need, but I'm not sure if that's still going on. A typical 3-4 month boot camp is $15k on the low-end. Second, integrity, they not only tell you but show you, in their free and extensive prep course, exactly what you're in for. Third, the curriculum is second to none. It is so in-depth and the assessments are like nothing I've ever experienced, the standard they hold you to is almost infuriating at first. That's until you get through it and can look back to appreciate it for what it is. The sense of accomplishment is unreal when you finish a module. Lastly, and this could have been number one, the community, the community of people are diverse, helpful, and super friendly. When you ask a question, it's usually answered within minutes. If you've ever learned online then you know what it's like to wait 2 days, if it ever gets answered, on a submitted question. You're connecting with a network of people. Folks that graduated years ago and are senior engineers are still on Slack providing newbies feedback and advice. The founder and TA's are consistently online providing more resources, articles, advice, study groups, etc.

Currently, I have 2 modules left to complete in the CORE Curriculum, and I have a goal in mind to finish by August. It would have been sooner, but due to money getting tight with COVID I had to start my job search somewhat early. As soon as I put open to opportunities on my LinkedIn profile my inbox was flooded with recruiters. Not soon after, I landed a 6 figure job, which was much more than I expected. Prior to accepting the offer, I was telling recruiters/employers I was looking for $75-80k/yr. After a couple of weeks of interviewing, I was turning down offers at that dollar amount. During my interviews, I was complimented several times on my Problem Solving abilities using the techniques provided by Launch School. The coding challenges were actually much easier than the problem sets Launch School provides.

I just want to touch briefly on job assistance, since it is not a direct offering of the CORE Curriculum. I would say it's provided indirectly. As mentioned above, the LS community provides most advice that may be needed, even going as far as to look over a resume or LinkedIn profile. Just the other day, I read an article on what counts as work experience. There have also been several posts on the forums from former grads/students that their current company is hiring. It seems to me once a company gets one grad, they seek out other LS students. For me, providing the tools necessary to nail the technical portion of the interview was all the assistance I needed. I know what you may be thinking, that I had previous experience. This is true and it did help some, but for the most part, the job offers I had didn't really take my past experience into account because I was self-employed and most of my work didn't involve much programming or custom development. Just talking the talk, using technical jargon was not a skill I had over a year ago. Most importantly, prior to Launch School, I most definitely did not have the problem-solving skills necessary to effectively work on a team producing globally scaled applications.

If you have been considering a change and have any interest in some type of development, do yourself a favor and enroll in the prep course. It cost you nothing to get started but can provide you everything you've hoped for if you see it through. My only regret is that I didn't find Launch School sooner.