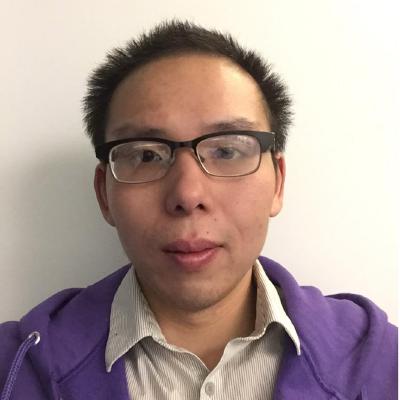 From a Retail Job to Software Engineer

Had it not been for Launch School and Capstone, I would still be working a dead-end job with no real ambitions. Now that I am on the hiring side, I would not hesitate to hire Capstone graduates from Launch School, especially from personal experience that Capstone is the real deal.

Once upon a time, I was a chemist aspiring to pursue a career in the field of pharmaceutical sciences. One event led to another and I eventually found myself working a stressful dead-end retail job with no ambition. I was interested in many fields and careers paths but with no motivation or enough passion to pursue any of that. On top of that, not once did I even consider a career in anything software related, let alone write a single line of code. One extremely stressful day at work quickly changed that and I really wanted to get out of the hole I was in. Truth be told, I had very little interest in writing software at the time but I liked the idea of sitting in front of the computer all day long, so on a whim, along with some inspiration from a friend, I embarked on a journey to start learning how to code.

My first obstacle on this new-found motivation was to figure out how to learn software. It’s common for others in the field to tell you that you should teach yourself with the seemingly limitless resources available for free online. While that in itself is very powerful, it was not the ideal way for me to learn; I needed something more structured, like someone telling me what to do and when I should do it. I looked at many bootcamp options but all of them were very expensive and required me to leave my full-time job which I could not afford to do. Moreover, I was skeptical about how much I could actually learn and retain in such a short amount of time. Eventually, I stumbled onto Launch School where both the price and schedule flexibility was ideal for me. I enrolled in the prep course and wrote my first line of code in the summer of 2016, found that I was really enjoying myself, and made a commitment to see Launch School to the end.

While the Capstone program looked appealing and I had some desire to join, throughout my journey I never thought that I would actually go through it. Ideally, I wanted to finish the entire program and just get a job from there. Eventually I was invited to the Capstone program and I decided to participate. Throughout Capstone, I really strengthened what I’ve learned throughout Launch School, as well as strengthening my toolset that I believe were huge factors in securing my first software engineering job, completing my transition from customer service into what I foresee as a fulfilling career in software engineering. Those factors include:

Actually, let me touch on the last point. Earlier, I mentioned that my “ideal” was to find a job after finishing Launch School. Well, I did try to do that. A couple months prior to starting Capstone (as well as during each “checkpoint” throughout Launch School), I tried to look for jobs on my own and found little success. Not only was my application passed up like many others in front of recruiter’s faces, but that I would have little idea about how to proceed as I went deeper into the interview process. Let me be clear, I’m not saying that Launch School in itself won’t get you job ready. Job hunting and interview preparation is an entirely different skill set in its own right which I had very little of. I truly do believe Launch School’s curriculum will put you way ahead of the curve when compared to 3-6 month bootcamp graduates. That said, however, the biggest gatekeeper in any job search is the recruiter, and unfortunately, recruiters very often are not technical and cannot differentiate between someone who is self-taught, a bootcamp graduate, a Launch School graduate, etc. This is where job search strategies really played a huge role to get around the initial gatekeeper and Launch School is there to support you the entire way through until you accept an offer. Once I did get my first offer, I was ecstatic to accept right away without negotiating, but my instructors helped me contain my excitement and walked me through the negotiating process, word-for-word, which resulted in a starting salary increase. While this is certainly not the most important part of Capstone, that itself paid for Capstone.

Make no mistake, going through Capstone is not an easy button into a career in software engineering, but the skills I learned will be valuable for the rest of my career. Had it not been for Launch School and Capstone, I would still be working a dead-end job with no real ambitions. Now that I am on the hiring side, I would not hesitate to hire Capstone graduates from Launch School, especially from personal experience that Capstone is the real deal.